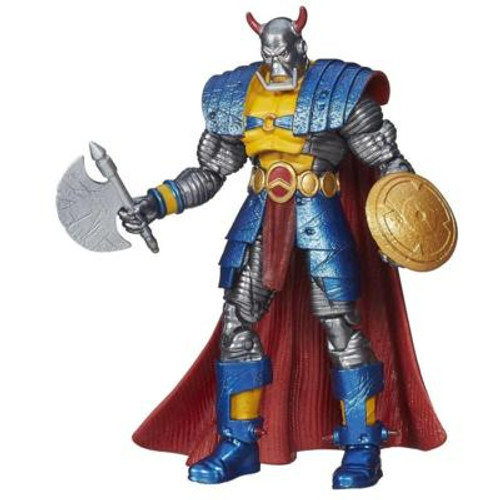 Originally constructed as a host body for the psychotic mage Lupex, the mechanoid being known as Death's Head was stolen and given a mind of its own. Now this self-styled "freelance peace-keeping agent" roams both space and time as a mercenary, forever searching for his next contract.

Start the battle of good versus evil with this scary Marvel's Death's Head figure! This mercenary figure carries a mace and axe on his back into combat. Will his enemies have any chance against him? It's all up to you!

Product Features:
·Marvel's Death's Head figure looks like the mercenary
·Figure has a deadly mace and axe on his back
·Collect them all (each sold separately)

Marvel products are produced by Hasbro under license from Marvel Characters B.V.